The Doctor Strange trailer debuted on Jimmy Kimmel Live last night, and this first look at the film features scenes and developments reminiscent of The Matrix, Inception and 1994’s The Shadow. It also certifies that, yes, this will be an origin story. I’m not rampantly origin averse, but I do think Doctor Strange is a character whose origin isn’t particularly interesting (or particularly fresh; pre-sorcery Doctor Stephen Strange is basically Doctor Tony Stark before a violent incident changes his perspective on life and inspires him to become a hero), and he’s also a character who would work better sans origin, similar to Thor. Perhaps this movie will do us the pleasure of starting in media res and relegating Strange’s origin to flashbacks, but if this trailer is any indication, the origin is the story entire.

The content of the trailer is reasonably impressive. Nothing mind-blowing, though the effort is clearly there. With all of the reality-bending visuals present in this trailer, the signature shot is of Tilda Swinton’s bald Ancient One palm-striking Stephen Strange’s soul clean out of his body. I’m no medical professional, but I don’t think your soul is supposed to be that loose. If someone can basically push your soul out of you like that you’re probably not doing enough core work.

Doctor Strange is scheduled to be released on October 26th internationally, and on November 4th in the U.S. 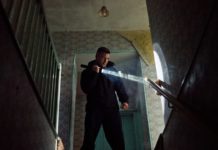 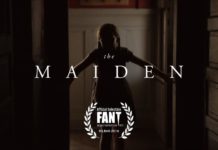