Once upon a time, my BNC colleague Jeff owned a t-shirt that said “Surfing Sucks, Don’t Try It,” not because he believed in it, or had any personal bad experience with surfing, but because there was a time when it was cool to have a shirt that expressed a hard stance against something ostensibly cool. I, for example, had a shirt that said “Dancing is For Suckers With Funny Haircuts,” and another that said, “Slap a Muppet.” I didn’t believe either of those things, and in hindsight, I’m not sure either of those shirts actually existed, or that anything I’ve written in this first paragraph is pertinent to the video I’m sharing, except in that my friend’s shirt was a lie. Surfing is dope, and everyone should try it.

No, obviously not. You should stay away from the shore.

I’m gonna stop you right there. You, specifically, are not part of everyone. You’re part of no one, just because you’re giving me a hard time about this. Just you. You’re out. Also, learn to swim. Arm-flapping and leg-kicking. It’s not that hard.

Oh yeah, there’s a video here, isn’t there. Well, if you’ve read this far without checking out the “MIXATLANTIC” surfing video–chasing waves from South to West Africa, and then on to France–then I feel like you’ve got your video-viewing / article-reading priorities upside down. If you already have watched the video, then you don’t need me to tell you it’s terrific and magnetic, and might inspire you to grab a board and… NO, no, don’t just run out and try to surf, damn it. Take some lessons, take your time. It’s dangerous, after all. But it’s also glorious. 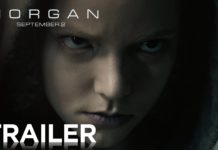