I wasn’t impressed with the first “teaser” trailer for Morgan. It attempted to generate a false mystery, concealing the title character’s face and directing viewers to a website asking “What is Morgan?” I guessed that Morgan was “some kind of android, robot [or] cyborg” artificial intelligence, an accurate guess which I deserve zero credit for, because what the hell else was “she” going to be?

Morgan‘s screenplay pre-dates the releases of last year’s Ex Machina and The Lazarus Effect, but it nonetheless looks like the result of shoving those two movies in a blender. The problem there is that Ex Machina was excellent, while The Lazarus Effect was flat, shapeless ass, and being lesser than the former and reminiscent of the latter is a recipe for mediocrity.

It’s a shame, because this is a fine cast. As always, I’m hoping the end product is much better than my low expectations. Based on its first two trailers, however, Morgan looks like the kind of movie you’ll forget having watched two months after you see it. 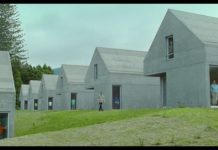